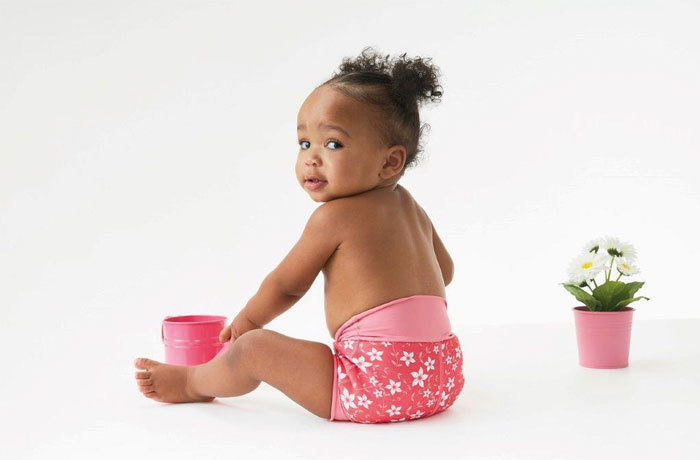 My daughter was born 5 half weeks premature, luckily at a good weight but still small nether the less. I’d decided long before she was born that she would do baby swimming classes just like her brother before her. Once the hospital and GP had given her the all clear the first thing I did was book her swimming lessons. She started her classes 2 days before she was actually due!

My main concern was keeping her warm; I considered the Splash About Warm in One which has longer legs and is fleece lined, however, I decided to go with the Happy Nappy Wetsuit as I wanted to give her legs the freedom to be able to kick but still wanted her body and arms to be covered. The deciding factor was the temperature of the pool she was going to swim in. The pool was 31/32C, any cooler and I may have gone with the Warm in One. The Happy Nappy Wetsuit already had the built-in nappy so all I needed was the liners. The wetsuit was made from a 3mm thick Neoprene and was easy to get on and off her. Despite her being so small, the small-sized wetsuit still fit snugly and she continued to wear it until she grew out of it. Washing it was simple I just rinsed it out after each swim with warm water and the colours never faded.

Head over to the Swimbabes store here to see our full range of wetsuits – or call us on 01484 683570 if you have any questions.